Here’s a lovely write up from one of our satisfied customers who brought his family to Drive-Tech for one of our 4×4 driving courses: 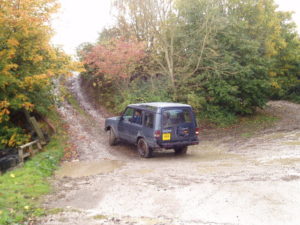 “Our instructor, Ray, introduced us to the Land Rover Discovery 4×4 and asked my wife Tez and I who would like to go first. It was obvious to see who was the most excited with Tez jumping at the chance to get in and drive.

Ray showed us the basics of 4×4 driving and controls by taking Tez and the kids, Amelia and Josh, around a small part of the circuit so they could get a feel for it.  She was now ready to go up and down some steep hills and over a few bumps. As the day progressed, so did the challenges.  The second part of the course involved a hill called ‘slidey’, a large puddle (more like a river) and some railings and tyres.  The challenge on the two railings was to line up the wheels perfectly and drive from one side to the other without sliding off.  This proved very difficult, but did have the kids bursting with laughter in the back!

Amelia & Josh thought they were on a rollercoaster when they were going over the steep hills, arms were raised and a lot of woohoos were heard from the back seats.  After negotiating the hills and the puddles/river there was a long set of obstacle course tyres which were very bumpy and threw us all around in the car, again proving hilarious for everyone inside. 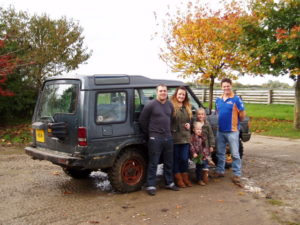 Before the final route, we were taught techniques for recovering the vehicle safely should it get stuck or loose traction on the way up a hill.  This was designed to put drivers a little bit out of their comfort zone, but also to give you confidence.

Finally, Ray showed us a route involving all types of hills, bumps, water features, slidey areas and obstacles and then said to Tez “off you go!”. It was like showing red rag to a bull; she was gone before he could finish putting his seat belt on and she did say the final go was the highlight of the day.

We had a great time, lots of laughter and a new experience, we would absolutely recommend it for any family feeling a bit adventurous and looking for a fantastic day out.”